The Integral Assumption of American Philosophy

Posted by Jeff Carreira on January 20, 2011 in Uncategorized | 14 Comments 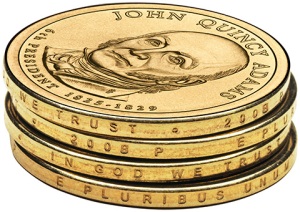 Mind cannot exist without matter; matter cannot exist without mind. This is what I have come to see as perhaps the most essential theme that runs through American philosophy. In the modern western world it is the French genius Rene Descartes that is cited as having definitively cleaved mind from matter res cogitans and res extrensa. Of course we all have literally everything to thank Descartes for. As the father of Western philosophy he paved the way for all of the victories of the modern world. At the same time many have critisized the split between mind and matter that he seems to have solidified, making it possible to imagine a mind without matter and matter without a mind. This means that those with more idealistic tendencies can imagine an absolute mind – a God – that exists in a transcendent realm completely apart from or prior to the existence of any material universe whatsoever. At the same time those tending toward nominalism or materialism can imagine an entirely dead universe, empty space filled with inert matter, without any intelligence whatsoever. As I read the American philosophers their tendency, particularly in the blossoming of Pragmatism, was to see mind and matter as two aspects of one thing.

Of course to us this is nonsense. You can’t have one side of a coin without the other side. Similarly in the integral understanding of reality that was being developed through the course of American philosophy, it is nonsense to think that you could have mind without matter, or matter without mind. A pure absolute intelligence or an absolutely dead universe cannot exist. And to go further, every element of mind must have a correlate in matter and all of matter must have its parallel in mind. To look at it in another way, all insides must have an outside and all outsides must have an inside. This is the Integral Assumption that rests at the foundation of American philosophy. It is also why the Pragmatists believed that the value of all thought must be found in the world.

It was the German philosopherImmanuel Kant  that began the revolution in philosophy that tried to insist upon a necessary unity between mind and matter. American philosophy from the Transcendentalists to the Pragmatists is resting on the broad shoulders of Kant and building on some of his essential insights. “Nature is the opposite of the soul, answering to it part for part. One is seal, and one is print.” Ralph Waldo Emerson says in his famous American Scholar address. There is a necessary unity between mind and matter. They are two sides of one coin as the saying goes. Now when we say that something and something else are two sides of one coin we are not saying that they are two parts that make up one whole. The metal head and the wooden handle are two parts that make up a hammer, but they are parts that can be separated.  You can remove the head from the hammer and each remains intact. Not so with the two sides of a coin.

You cannot separate one side of a coin from the other. Even if you were to slice the coin through its edge into two halves and through one half away the half remaining would still have two sides. You could split the coin again and again, each time throwing away one half, and every time you look at the half remaining half you will find that it still has two sides. You cannot separate the two sides of a coin. In fact, the only way I can imagine what it would be like to remove one side of a coin is to imagine holding a coin between my fingers and looking at one side flatly. Then imagine flipping your fingers around so that you were looking flatly at the other side of the coin. Now imagine when you do this that you find once your fingers have turned the coin around that to your surprise there is nothing between your fingers. You flip the coin over again and you clearly see the other side. Flip it back and the coin is nowhere to be seen between your fingers. Go back and forth a few times and you realize that one side of the coin is missing!

← Integral Emergence vs. Co-evolution The Evolving Truth of Pragmatism →