Home » Uncategorized » The Many Layers of Reality or “Is a Fire Truck Really a Fire Truck?”

Posted by Jeff Carreira on March 31, 2011 in Uncategorized | 6 Comments 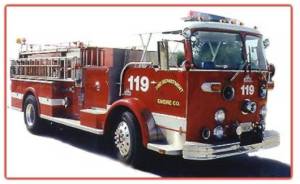 Is a fire truck really a fire truck? Is a truck really a truck? Is anything really what it is? We assume that things really are what they appear to us to be. This assumption is yet another form of the Myth of the Given. Unfortunately it isn’t true. Most of us have already realized that things are not always as they appear to us. I wanted to take this inquiry a little further.

Imagine this scene. You are walking with a friend near a busy street. You hear a siren sounding and then you point to one of many vehicles in the street and say, “Look, a fire truck.” Your friend immediately looks in the direction you are pointing toward and without even a thought recognizes the fire truck from among the many other vehicles in the crowded street.

But what is a fire truck…really? If we dismantle a fire truck into all of its parts and pieces and then pile those up on the ground and ask our friend what he sees when she looks at the pile she will probably not say “A fire truck.” She will say a pile of parts, or maybe just a pile of junk. All of the physical parts of the fire truck are still there, but the fire truck seems to be gone.

Now what happens if we take a beautiful new fully functional fire truck and park it in the middle of a village of tribes people in the rainforest of South America who have no conception whatsoever of what a fire truck is? The fire truck could sit there for years and huts and houses could burn down all around it and the fire truck would never be used to stop a single one of them. Is it still a fire truck? Theoretically it could still function as a fire truck if someone knew how to use it.

The ultimate reality will not be fully revealed/created until every possible sign – every last pointing – has come into being. Then we will finally see all of the signs that represent every possible perspective on what is real.