Home » Uncategorized » Spiritual Growth and the Emergence of the Meta-Being 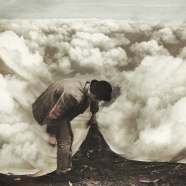 Spiritual Growth and the Emergence of the Meta-Being

Posted by Jeff Carreira on March 24, 2016 in Uncategorized | 1 Comment

The purpose of spiritual growth is the expansion of self-awareness. As we grow we become more aware of who we are. Human life is our spiritual path. It leads to the gradual expansion of self-awareness. At times the path may seem random and haphazard. There is a gradual increase of self-knowledge but only in fits and starts. We have a breakthrough here, fall back there, one circumstance provides a growth opportunity; another sets us back into contraction and fear.

Those of us who are consciously engaged in spiritual work are attempting in a variety of ways to better understand the mechanisms of spiritual growth and then to engage in behaviors and practices that will optimally align with those mechanisms.

Spiritual work is like sailing on the ocean. You need to understand the power of the available currents and winds and then align your sails accordingly. In the same way we learn to read and align with the spiritual currents that propel us forward into ever-greater self-awareness.

Who is becoming more self-aware? Is it me? Jeff? The person who was born on my birthday and has lived my life? Or is the expansion of my self-awareness part of a much larger process of awakening?

I believe it is the later. There is a larger being, a ‘meta-being’ if you will, that is coming to greater self-awareness through our spiritual growth.

My book The Soul of a New Self explores the awakening of the meta-being. In this exploration we find that our spiritual yearnings are the stirrings of a higher order of being that is endeavoring to know itself more fully through us. As we embrace all of who we are we simultaneously allow this larger being to realize itself through us.

When we experience the life of the meta-being moving through us we recognize that we are not just an individual biological entity living with billions of other isolated beings on the surface of one planet. Our life and our awareness is emerging from the entire universe as it awakens to its own existence.

Spiritual growth occurs when we consciously allow the awakening process of universal being to occur through us. By giving ourselves to the currents of universal being we are swept up by a profound source of energy and all of our assumptions of separation and isolation fall away as we expand into the fullness of who we really are.

Once we personally wake up to the universal aspect of our being we have the opportunity to consciously participate in the further awakening of that being.

The challenge is that we find ourselves embedded in a consciousness that is rigidly shaped by habits of perception. Our awareness is filtered so that reality only shows up for us according to particular preconceived patterns. We don’t see reality as it is; we see reality as the current paradigm allows us to see it. We see a world of separation and isolation rather than unity and continuity.

Our perceptions are sorted, arranged and categorized according to mechanisms of mind that themselves lie hidden in deep recesses of unconsciousness. A huge amount of mental effort is being made behind the scenes to make sure that the picture of reality that is presented to us is consistent with the way we have been conditioned to believe the world works.

Any evidence that would challenge our preconceptions about reality is simply dismissed so that it is never recognized. Occasionally a random piece of incongruent information gets passed our perceptual filters defenses and we experience something that shouldn’t be.

These anomalies of perception poke holes in our assumptions about what is true and once the façade of reality has been punctured many of us find it difficult to return quietly to the way things were.

We now realize that there is more to reality than what we have known. We realize that we are not who we think we are, reality is bigger than we’ve been told, and more is possible than we ever imagined.

At this moment of expansion and realization we become a transitional being. We stand in the doorway straddling the threshold of transformation ready to act as a bridge between the wider reality and the apparent reality of our senses.

We are now open to a possibility beyond comprehension and I believe that from here we can reach into the larger being and allow it to enter into the world through acts of true creativity. To do this we must enter into a space in consciousness that abides beyond our ordinary paradigm-delineated awareness.

I have heard the term “betweenness” to describe this space. It is a space of magic and mystery. In this space you are neither here nor there, now nor then, awake nor asleep. Things are neither real nor unreal here. The crisp and clear lines that normally separate everything no longer exist. The edges of the world blur and everything becomes fluid and malleable.

Reality itself is available to be altered in this space, but only if you can act with intention and commitment that is free from attachment to any particular outcome. To act creatively in this magical space you must be directed and free at the same time.

We have entered a dream-like state in which we have the opportunity to surrender our energy and will to a purpose beyond what we can know. That purpose is the emergence of the meta-being, the birth of a new form of self-awareness, and the next expansion of universal consciousness.