Home » Uncategorized » Why Philosophy is Still not a Luxury?

Why Philosophy is Still not a Luxury?

Posted by Jeff Carreira on August 5, 2011 in Uncategorized | 5 Comments 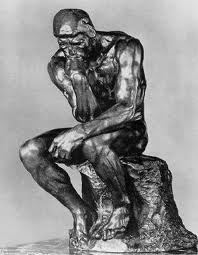 I am about to go on retreat to withdraw from the world for a time an let go of thought and sink into the experience of pure being. The experience of deep meditation is probably what William James was seeking as a taste of “pure experience” through his experimentation ingesting nitrous oxide. If you truly let go in profound spiritual practice you cease to be compelled by the meaning of thoughts or the experience of feeling. In fact, if you let go deeply enough, you will stop distinguishing between thoughts, and experience them only as thought – devoid of any content. It is the ultimate release from the demand of constant thinking.

As I will be spending the next few days endeavoring to let go of thought it seemed fitting to post this week some thoughts about why I pursue philosophy in the first place. It has been two and half years since I started this blog and it was a few years before that when my passion for philosophy emerged in its current form. Why? Why read philosophy, think about philosophy, write about philosophy and teach about philosophy?

Why should we care about philosophy anyway?

To me the answer has always been simple. Human activity is created in large part in response to the ideas we hold to be true. You can put two people in identical situations and depending on the ideas they hold and the conclusions they draw about that situation they will behave completely differently. And I think that human activity is important. Our actions as human beings are a major influence on what happens on this planet (at the least). Some may argue that in the grand cosmic scheme of things what happens on this one planet doesn’t really make much difference. The whole planet could evaporate into dust tomorrow taking all life and all knowledge of its history with it and the universe would keep right on going.

If you hold this position – which is perhaps in some sense ultimately true – then philosophy doesn’t really make much difference, but then again neither does anything else. If, on the other hand you believe as I do that what happens on earth and what happens to the human race is significant really, then so is philosophy, because philosophy is how we endeavor to understand what and why we believe what we believe and value what we value.

The beliefs and values we hold will shape our actions and create the future, and I for one believe that the future is  important.

I started this blog with the title “philosophy is not a luxury” because I believed that it was critically important for more of us spend more time thinking philosophically – with earnest. And to be honest I am not as concerned with which particular philosophy we study – study any one school of thought and sooner or later you will find yourself touching into others. You will eventually realize that all philosophical schools of thought reflect all others. They were all created to expand on or criticize one another and so none is truly separate from the whole mass.

Along the way I realized that you can’t understand American philosophy unless you understand how Plato, Goethe and Hegel influenced Emerson, or how Peirce was attempting to expand the project initiated by Kant and felt that the scholastic thinkers of the middle ages with their love for Aristotle were actually on the right track, or how William James was creating an alternative to Hegel along the same lines of his friend and colleague Henri Bergson. You can’t really understand Dewey without understanding his similarities to Heidegger (whom he said sounded like Dewey) and his quarrels with Bertrand Russell. And of course you can’t understand any Western philosophy if you don’t have a sense of singular Descartes greatness. Etc.

I hope that through this blog many of my readers learn something about philosophy – but more importantly I hope they get inspired to learn more about it.

← Alfred North Whitehead: And the Three Components of Knowledge What Evolves? →