Home » Freedom, Agency and Selfhood » William James, The Stream of Consciousness and Freewill

William James, The Stream of Consciousness and Freewill

Posted by Jeff Carreira on March 21, 2013 in Freedom, Agency and Selfhood, Uncategorized | 19 Comments 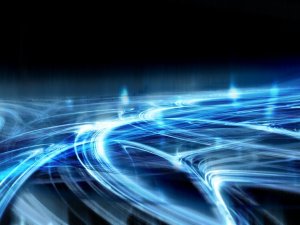 William James was trained as a medical doctor at Harvard University and became generally recognized as the first psychologist in America and his first and arguably most significant written work was “The Principles of Psychology” published in 1889. James’s later philosophical work always retained a certain tendency toward the psychological and many of his core ideas were first expressed in this early work.

James was the first to describe consciousness as a stream – a continuous succession of experiences. He saw the most significant function of consciousness to be the role it played in selecting what to pay attention to.

James saw the stream of consciousness as an unending parade of thoughts, feelings, images, ideas, sensations, conceptions, emotions, etc. that appear before our conscious awareness and then pass away. But James, like Darwin did for species, and Dewey did for stimulus/response, recognized that the lines between these seemingly separate objects of consciousness was not as discreet as we at first might assume. In fact, he postulated, if each of our experiences was truly unique and separate from that which came before we would live in a chaos of random disconnected experience.

Instead of this chaos, our experience is a stream of consciousness in which the last thought we had is recognized to be part of a stream that our current thought is also a part of.  In fact, all of our thoughts, yesterday and everyday are recognized to be part of that same river of awareness. According to James our cognitive experiences overlap so that each experience has a “fringe” in front and behind it. In this way, our present experience is always most obvious to us, but the tail end of the last few experiences that we had are still trailing off and the leading edge of our next few experiences are already entering into our awareness.

Thinking is a goal oriented process and, as James envisioned it, a great deal of what propels our thinking forward is the feeling of satisfaction that we get as we perceive our next thought taking us closer to our goal. In this sense you can imagine thinking as a purely automated process that developed as an evolutionary advantage and doesn’t require the existence of any spiritual entity that is in control of the process. I am not sure what Carl (our resident expert on BF Skinner) will tell us, but I imagine this is very close to Skinner’s Radical Behaviorism.

There are three reasons that I feel this conception adds something to our conversation. The first is that it is yet another example of a view of reality that is founded on inherent continuity – or oneness. The second is that it calls to mind an image of psychology that I find very compelling. James envisions that we are all aware of a process of cognition and perception that can largely go on without us. We mistakenly see ourselves as the guiding force of that process, when in fact much of it – if not all of it – is a completely automated process being led by our desire to experience the satisfaction of believing that our thoughts are leading us somewhere. The last is that it brings us back to a fundamental question of freewill that must be asked if we are to come to a better understanding of what the heck we mean when we talk about “conscious evolution.”

For James the question of freewill was one that belonged in the domain of metaphysics not psychology. In the last chapter of his “Principles of Psychology” he states that as a science, psychology must assume a deterministic process guided by elements of perception and relations. Personally, James was a believer in freewill. At the moment of epiphany that many believe was the guiding insight of his life, James discovered that belief was a choice and that the first thing he would choose to believe in was freewill. In his essay “Are we Automatons?” he tackles the question of freewill directly. He concludes that we are not automatons, that we are a selecting organ. While we may not consciously select what object initially appears in our awareness, we do choose to either hold that object with our attention or not once it appears.

I was never satisfied with our earlier discussion of freewill and have continued to think about it since then. I am ready – or almost ready – to dive into that once again.

← How do you read philosophy? “Are you a Romantic?” a talk about the influence of Romanticism by Jeff Carreira →